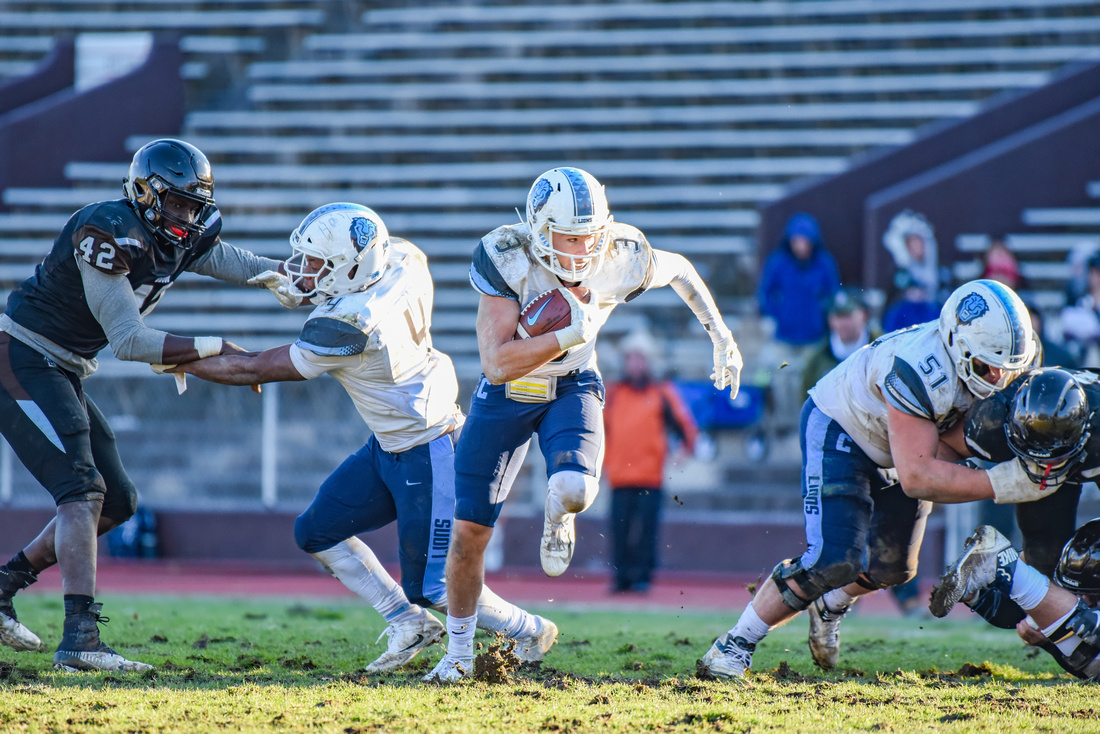 I knew one photo from Kyle Castner’s 5 touchdown performance in Columbia’s win over Brown had to make the list. This was hard to do. He had so many photos I loved from this game. The one touchdown run had about 5 photos to choose from. If I could put a gif on here then I would.. (In reality, I can do anything I wanted, as I make the rules but still this is top photos, not gifs). He had sent me his favorite from that specific sequence, and the first time I wrote this up, I went against him and chose the shot right before this, where he was flying through the air. But then, I continued to look at both photos and realized there was no way I could disagree with Kyle and not put this photo on the list.

The part that eventually made me chose this one over the other is the light hitting Kyle. It’s like the light is guiding him into the endzone and honestly it could not be hitting half his body, especially his face, any better than it is. Light is something that can be hit or miss for photographers and in this case, it a huge hit! I also love how he is holding on tight to the football to make sure it’s not going anywhere. I don’t know why but I just love how we can see the Nike logo perfectly and he is holding it perfectly. Some things are just unexplainable.

Those are not the only reasons this photo made the cut. I can’t speak for Kyle on why he loved this photo, but for me, the thing that took it over the top are the teammates seen in the background working hard to make it possible for Kyle to have a hole to run through. Running back Ryan Young (4) is completing his crucial block, while an offensive lineman Joseph Scownden (61) is continuing to block his opponent on top of the already fallen players. If those two do not complete their task, Castner wouldn’t have an open hole for the touchdown and if they were not in the photo, it would not have the same impact.

I’m sure Kyle would be the first to credit his teammates with his success. He knows that this is a team sport and one person can not be successful without the rest of the men on the field doing what they need to do for the team. That is why I’m so glad this photo shows the work that goes in to make a play successful. It shows the team sport that is football and how every player plays a crucial part in the success of the team. Kyle may have had 5 touchdowns in this game, but none of them were possible without teammates. 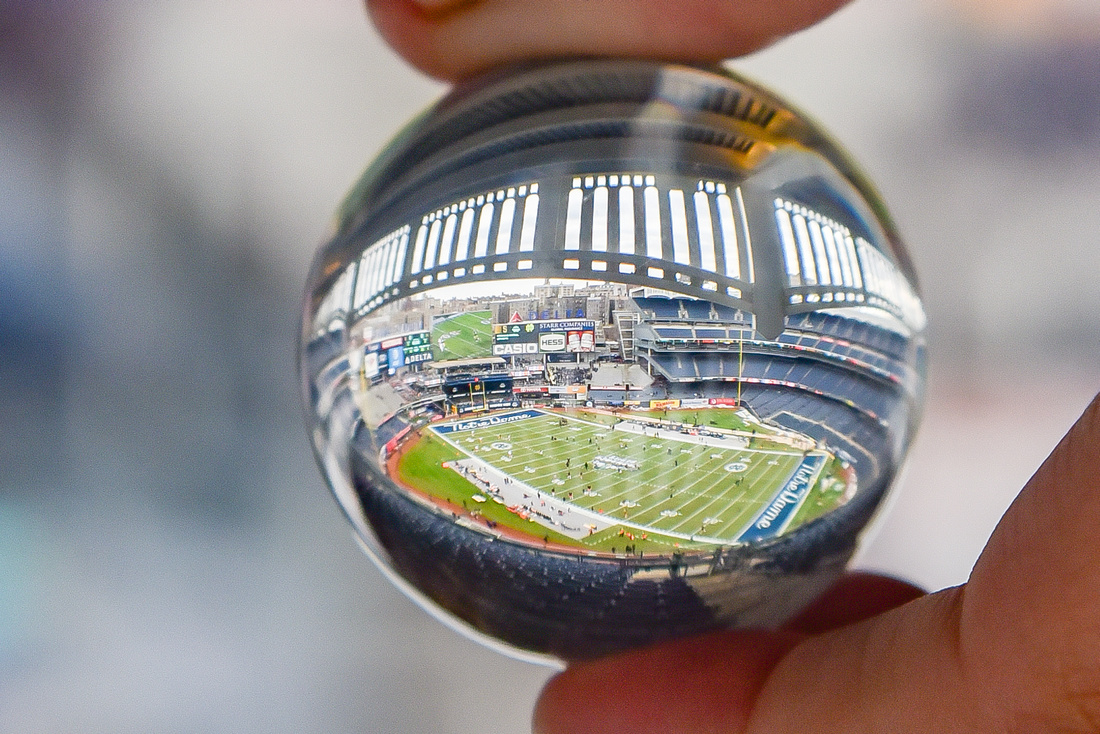 For number 12 on the list, I knew it had to be a shot from the Shamrock Series of Notre Dame football versus Syracuse at Yankee Stadium. Being a huge Yankees fan and now a huge Notre Dame fan, it was surreal working this event. (I’ll talk more about this in my top moments of 2018 post, be sure to check those out) However, I didn’t really get one shot that stood above the rest. I got great action photos throughout the game, but not ones that had to make the list or were just so drop dead amazing photos. In my mind they were just your typical football game photos. However, then it dawned on me. It had to be a shot of the stadium and now it makes so much sense because this one stands out above the rest.

Earlier this year I got a lens ball, which is literally just a glass ball that turns whatever you hold it in front of upside down and lets you capture a 180-degree view of your surroundings. It’s something I had seen online where people get really cool shots of scenery and sunsets, etc. When I got it, I had what I thought was a unique idea to use it for stadiums and I think I was right. I took a shot with it of the Columbia football stadium and the response was everything I could imagine. Everyone loved it and that was when I knew I would take a lens ball photo in every stadium I shot at.

This one tops the list as best lens ball shot. I went up as high as I possibly could so I could get the whole field and stadium within the ball. The most important part were the arches. The arches at Yankee Stadium are iconic. Even without seeing the Yankee Stadium sign, you know that it is Yankees Stadium because of the arches. Then, the Notre Dame written on the field in the Yankees font can be seen perfectly as can the entire stadium. That’s why I love the lens ball, you can get every part of what you’re shooting in it and that is something that is not always possible when you’re taking an average photo with a camera or phone. Plus, it looks like I’m holding Yankee Stadium in my fingers, so that’s a cherry on top. The only thing this is missing are fans in the stands. However, I sort of like that it’s empty because for me that means I got to be in Yankee Stadium before fans were and that’s a special moment in itself.