Notre Dame takes the next two on the list coming in at #15 and #14. Take a look and enjoy the read! 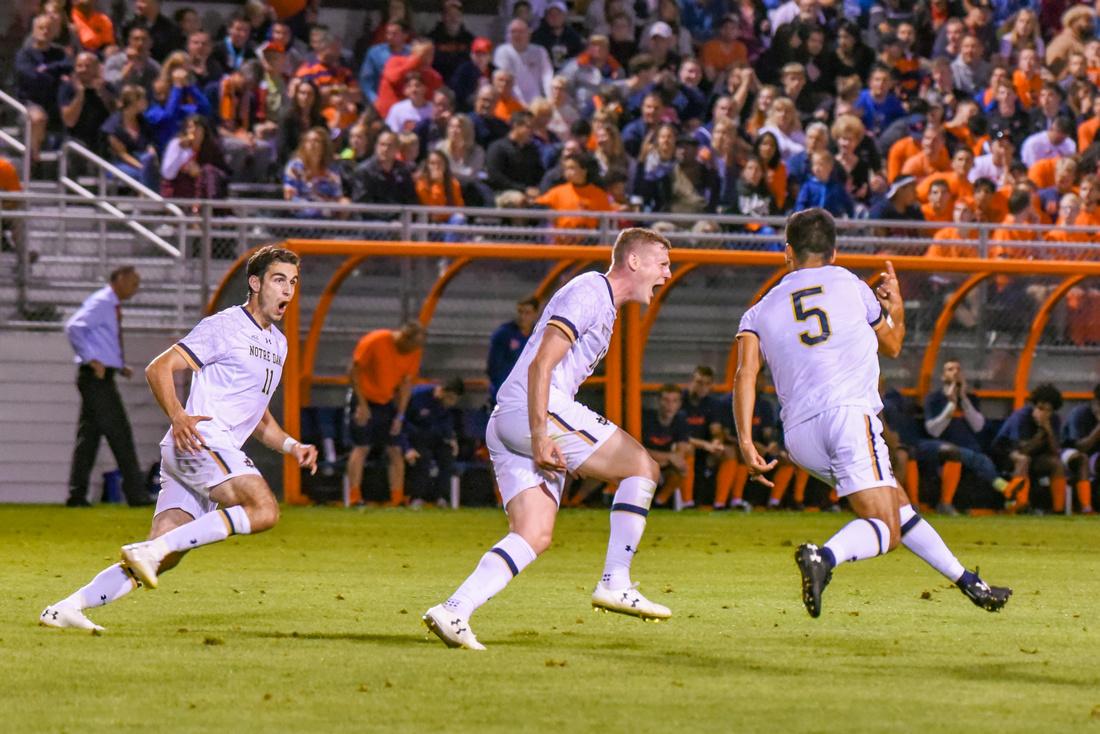 Notre Dame will continue to make the list since majority of my year was spent at Notre Dame as an intern within the athletic department. Even after I completed my internship and returned home, I was still connected to the Fighting Irish. Notre Dame is apart of the ACC in sports such as soccer, basketball and lacrosse. That means they will play against Syracuse at least once a year and every other year they head to New York to play on the road. This was to my benefit once my internship was over because I lived in New York.

I was lucky enough that this was the year both women’s and men’s soccer would be traveling to upstate NY for the games. I got the approval to shoot both games and the first game was men’s soccer and that is where this photo comes into play. They took down Syracuse with a score of 3-2. It was an electric game and atmosphere. The stands were full and the game lived up to that energy the whole time.

This specific celebration came from the goal that the Notre Dame men’s soccer team ended up ranking as their top goal of the year. Felician Dumas (5) hit an unbelievable strike from a free kick and it screamed over the defenders into the top right corner of the goal over a diving goalie. The celebration might also be the top of the year as well. He turned to his teammates made some hand gestures as they all scream in happiness and turned towards the bench and crowd to point to the fans. I had a lot of choices from the whole sequence but this one stood out to me.

This one rose above the list because Dumas is perfectly in the air as he run towards the bench and even though we can’t see his face, the ones of his teammates make it perfect. Their screams and excitement are what I LOVE about this shot. The one in the back (11) looks like he can’t believe what he just saw in that goal and the other can’t hold back his excitement as he screams in Felician’s face. The celebration means even more when you realize that this goal gave the Irish a one goal cushion which ended up being the game winner after Cuse scored late.

This is just a great soccer celebration photo. Being excited for your teammates, screaming, jumping and putting every single emotion into the scream. I want to point out that it is only right Dumas is the goal scorer from this celebration, since last year he also had my favorite men’s soccer photo. Some players are really good at celebrating and he is one of them. (It also helps being in the right place and lucky when they turn your way). 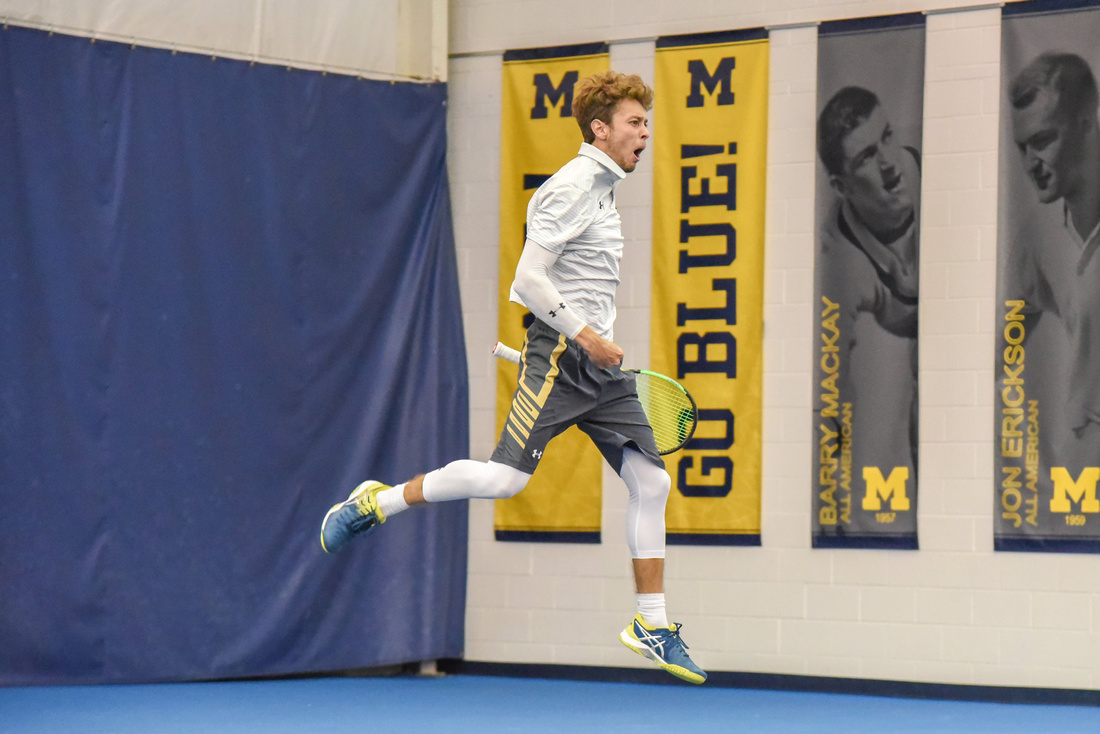 I loved shooting men’s tennis at Notre Dame. Seriously, it is right up there as one of my favorite sports to capture during my time there. They played with such intensity and power. Oh and they sure knew how to celebrate. Every single match I could count on getting at least one screaming photo, whether it was during a singles match or two teammates screaming to each other in a doubles match. Either way, I got a ton during my time there and each one seemed better than the last. Which is why of course it makes sense the best one that makes this list was during their last match of the season.

Unfortunately the Irish fell to Michigan in the NCAA tournament but they did not lack grit, determination, fight or pure excitement throughout the entire match. From the first serve of the match to the last point, it was intense, exciting and hard fought. I went back to look through the photos and this photo was not the only one I could have chosen, however this one was the most unique and stood out every time. I have photos from throughout the whole season of guys screaming and clenching their first. This was the first time I had a guy jump in the air like this.

Both times these teams squared off it was a match to remember. They lost 4-3 in South Bend and headed into this post season match, it was known that it would be a close, hard fought one. That is was. There was no lack of celebration the entire day, especially as Howells and Lebedev took the win 6-2 against a ranked Michigan doubles team. Even though Michigan won the day, I think Howells won the day with this shot.

He is flying through the air, which is the best part of the entire shot, with his fist pumped fully putting everything he has into the celebration. He is screaming but you can see there is so much more behind that scream. He is most likely looking at his teammate and just letting out every feeling possible after coming away with the win. You can see the intensity on his face as his eyebrows are clenched and eyes are focused. He could even be looking at his opponents, really letting them know how he feels.

Not knowing exactly what these athletes are thinking is what makes photos such as this even more exciting. You know he’s excited or else he wouldn’t have jumped in the air! I’ll miss capturing this next year and i’ll be forever grateful for the Notre Dame men’s tennis team, they were a fun and appreciative group of boys. Good luck next year !