The countdown continues and this time, every post until the number 1 photo of the year will have two photos. This time we are at #17 and #16 which gets one from my Columbia football boys and the first Notre Dame sport to make this list (but won't be the last). Enjoy these next two photos and come by again tomorrow for the next two! 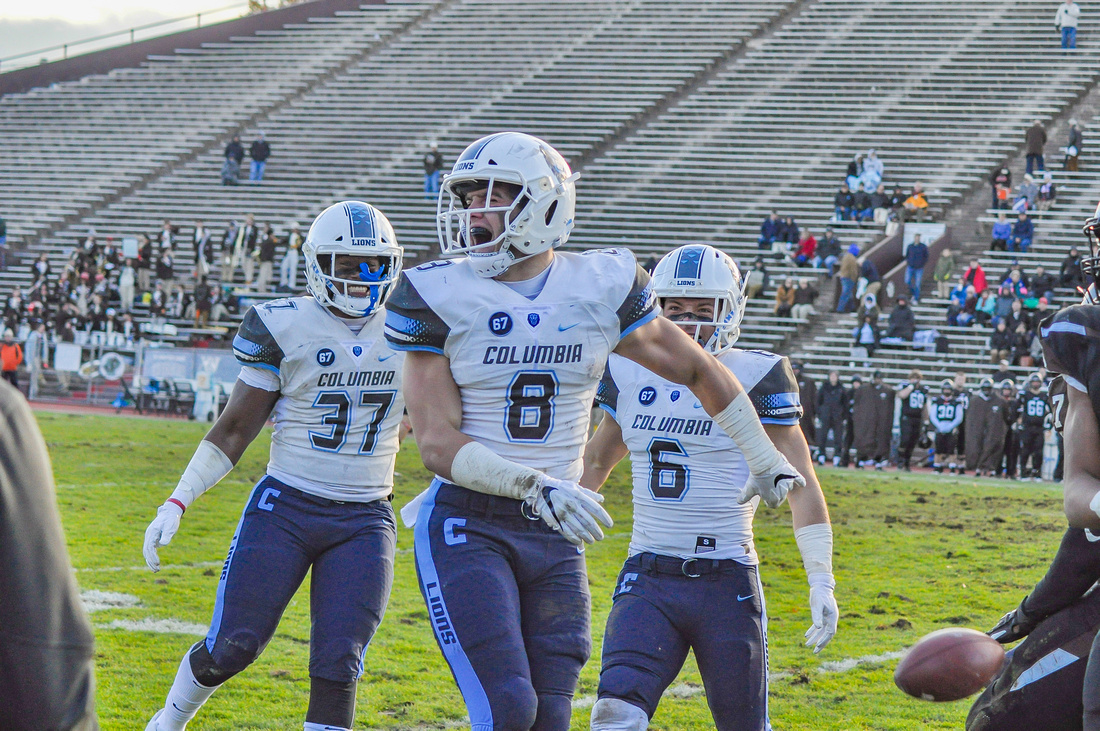 Columbia defense continues with the number 17 choice with this celebration after an interception late in the game against Brown. I want to start off this photo by saying, unfortunately I did not capture the actual interception that lead to this moment. I like to be honest, so I will say I was not paying attention at the moment (a rare occurrence). I actually think that I had gone to change the lens of one of my cameras so I could be ready for celebration photos at the end of the game when they got the victory. Anyone who knows me knows that I would have loved to get the interception and I always kick myself for not getting it. However, I have learned over the years to not dwell on what you did not get and focus on what you did.

That being said, what I did get was this amazing celebration right after the interception. Honestly, this was a hard choice, as there are also some amazing photos following this one that I easily could have chosen instead. However, I had talked to Murphy (8) the following week and I remember him stating how much he loved this exact photo because he loves how Landon Baty (6) and Jalen William (37) are behind him so excited.

I couldn't agree more. That is why it was the one that stood above the rest. Every single part of this photo impacts the rest of it. The ball being tossed from his hands, the faces of his teammates and Murphy screaming, all make for the best photo from the whole celebration sequence. His scream is as intense as it gets and it goes right towards the bench where his teammates are ready to celebrate and are running his direction (trust me, I have photo evidence of this if you do not believe me).

The emotion shown on his teammates, Landon Baty (6) and Jalen Williams (37) say all that needs to be said. Jalen's smile and excitement is just bursting off his face and Baty's eyes are locked in on his teammate's, who he is about to attack and hug, which is exactly what he did, with the biggest grin on his face. This photo demonstrates everything that was Columbia football this season. They played for one another every single game and play. If one teammate did something good, the others were just as excited, if not MORE excited and ready to celebrate. If one player went down hurt, a teammate was there ready to step up and make plays. They loved one another and this photo shows the love they have, therefore, it could not be left off the list! 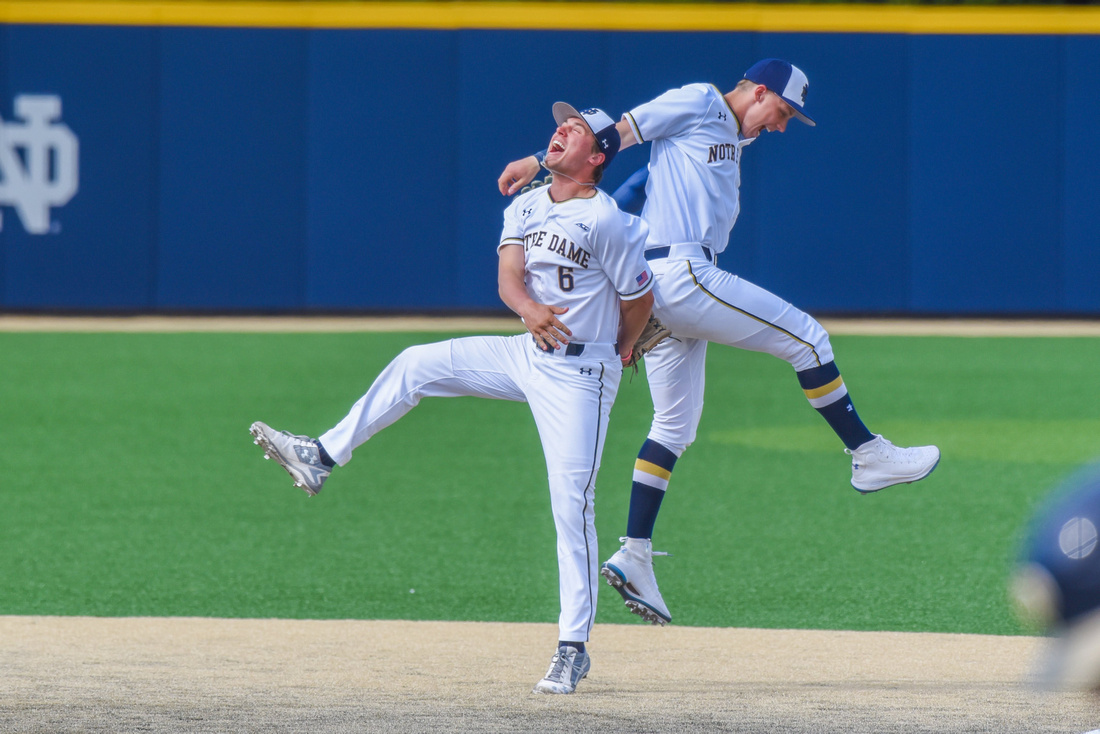 I made this top 18 list one too many times to count. It was not easy to narrow down thousands of photos and this photo that comes in at 16 was one that I went back and forth with so many times. I just could not make a decision until I realized that if this shot was on my mind right away, as it was the first time I made the list, there is no reason for me to leave it off since it seemed to have made such an impact on me and rises to my mind over thousands of others. It is just another celebration photo, as most of this list will be, but that is not what I see.

I see two teammates letting it all out after competing on the baseball field and coming out victorious. Their screams are letting out every hit, every pitch, every out, every error and every moment that led up to this win. Baseball is a grind. There are 9 innings, 27 outs, and hundreds of pitches. When that final out is made, there is so much relief and satisfaction. That is what these two players are showing, relief and satisfaction after a job well done by their whole team.

The other reason this photo continued to come to mind is because this shot means a lot to me. This was after a win later in the season and obviously this specific moment can only happen after a win, because that is when celebration ensues. I had seen these two players do this post game celebration time and time again, however I had never been in the right spot to capture it. Or, if I was in the right spot and players or coaches would walk right in front and block the moment perfectly.

So, FINALLY, everything came together perfectly. I was in the right spot, ready with my camera, completely clear space in front of me, and the outcome was exactly what I was looking for and more. There is emotion flowing out of both as Podkul is caught mid-air and I love that the screams can be seen from both players which makes the photo perfect. Lastly, my eyes go straight to Daily's (6) face because I love how his eyes are closed really embracing the moment and letting all of his excitement.

Hope you have enjoyed these photos and do not forget to come back again tomorrow for #15 and #14! Lots more celebration and a lot of cool photos coming your way!