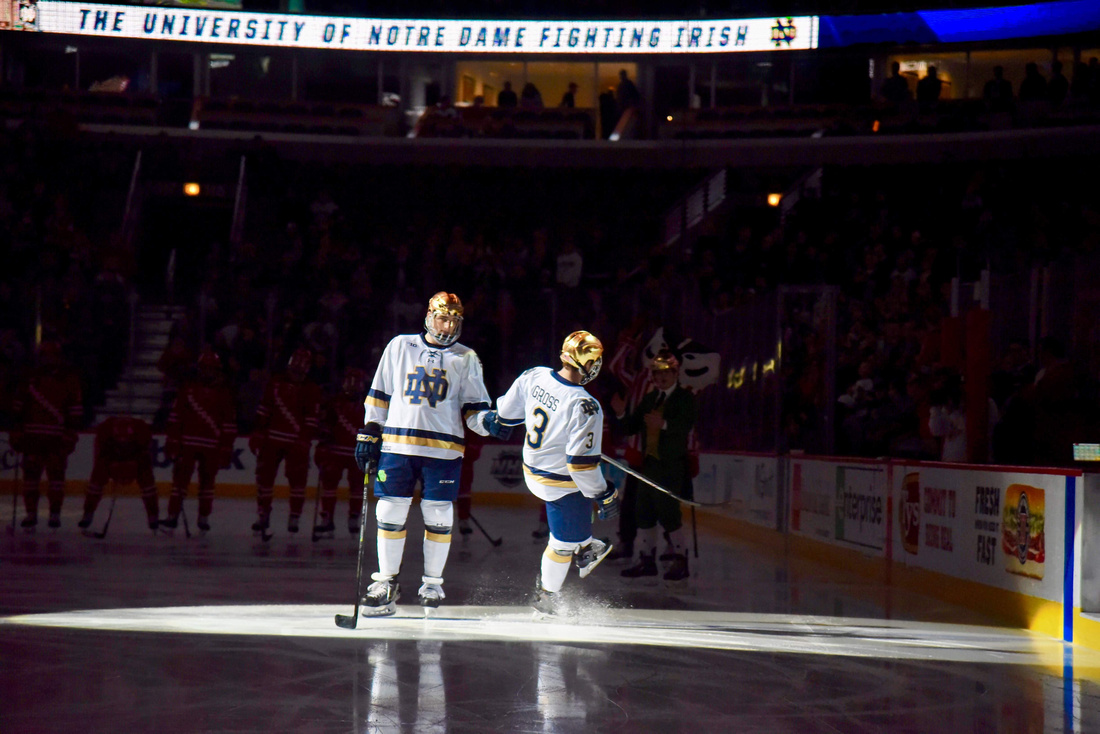 Starting off with the top 5 is the earliest photo on this entire list. This photo was taken back in January when Notre Dame hockey faced off against Wisconsin. Most of these photos are taken during a very exciting game, however I really do not want to say more about the actual game since it did not go in favor of the Fighting Irish and is a game that does not need to be remembered, especially after the National Championship appearance the Irish ended up having.

However, that being said, there was no way a loss would keep a photo such as this off the list. I am obsessed with this shot. I think the main reason I love this photo so much, besides the spotlight, is where it was played, which is the only reason there is a spotlight.

Notre Dame and Wisconsin had the opportunity to play this game at the United Center which is home to the Chicago Blackhawks. That right there is one reason this photo is a big deal. Honestly, if it wasn’t shot in the United Center it would have never made the list because it would not have had the spotlight highlighting the two players during line up.

Without the spotlight, this is just another line up shot that could have been taken at any ice rink. But you take the spotlight and add that on to the perfect timing of the players fist bumping while Gross (3) slides to a stop and some of the ice sprays up, it is, dare I say perfect?

Actually no, it’s not perfect until you continue to look at the photo as a whole and see the video boards in the background going around the arena. I caught them at the exact moment that they right above the players and say The University of Notre Dame Fighting Irish. It’s the cherry on top. That is what makes it the top 5 photo.