Let the countdown continue. This time, both photos are from my Columbia football team, something that I do not think has happened yet, but I could be wrong.. These photos are all starting to blend together! Enjoy #7 and #6 and be sure to come back for the top 5 starting tomorrow! 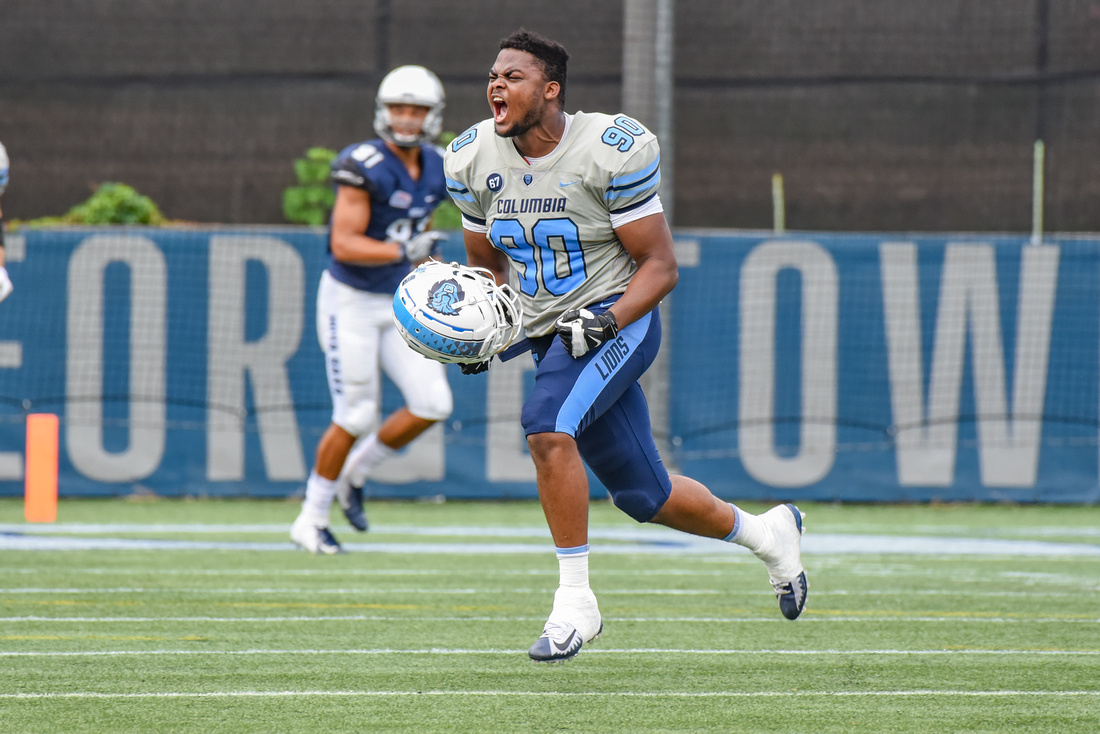 Like I said, there are a lot of celebrations in this list and with all the championships and wins I saw over the year, that really is not a surprise. That being said, my number 7 favorite shot of the year may be my favorite solo celebration in a non championship game. It’s only fitting that this came during my first ever Columbia football game!

Once again, the whole sequence leading up to this was amazing and this shows exactly why. So let me explain the moment. Columbia faced off against Georgetown on the road for their second game of the season. Columbia took a good lead into the 4th quarter and then the Hoyas made a comeback. With less than 2 minutes left, Georgetown had the ball in the red zone and had a chance to tie the game with a touchdown and two point conversion and with how hot their offense had been in the final quarter, it might've be possible.

Thats where freshman defensive lineman Ogonna Oraedu comes into play to get the huge game sealing sack on fourth down. I was in the perfect spot to get the entire sequence of him approaching the quarterback, taking him down and then celebrating towards the bench. It was perfection in every sense of the word. I mean look at him, look at those veins and the way he is soaring through the air towards his teammates, there is nothing better. No better moment in sports than game winning moments and this was that.

Since he made the sack, they got the ball back on a turnover on downs and all they needed to do was run out the clock, which at this point was under a minute, and the game was theirs. This photo was the perfect photo to describe the game. The emotion being let out by Oraedu says it all. The defense had come up big all game to keep the Hoyas off the scoreboard. Throughout the whole game they sacked the quarterback, made interceptions and had key stops when it mattered most. They deserved this win, so it was only fitting that their freshman defensive player made sure they got it. 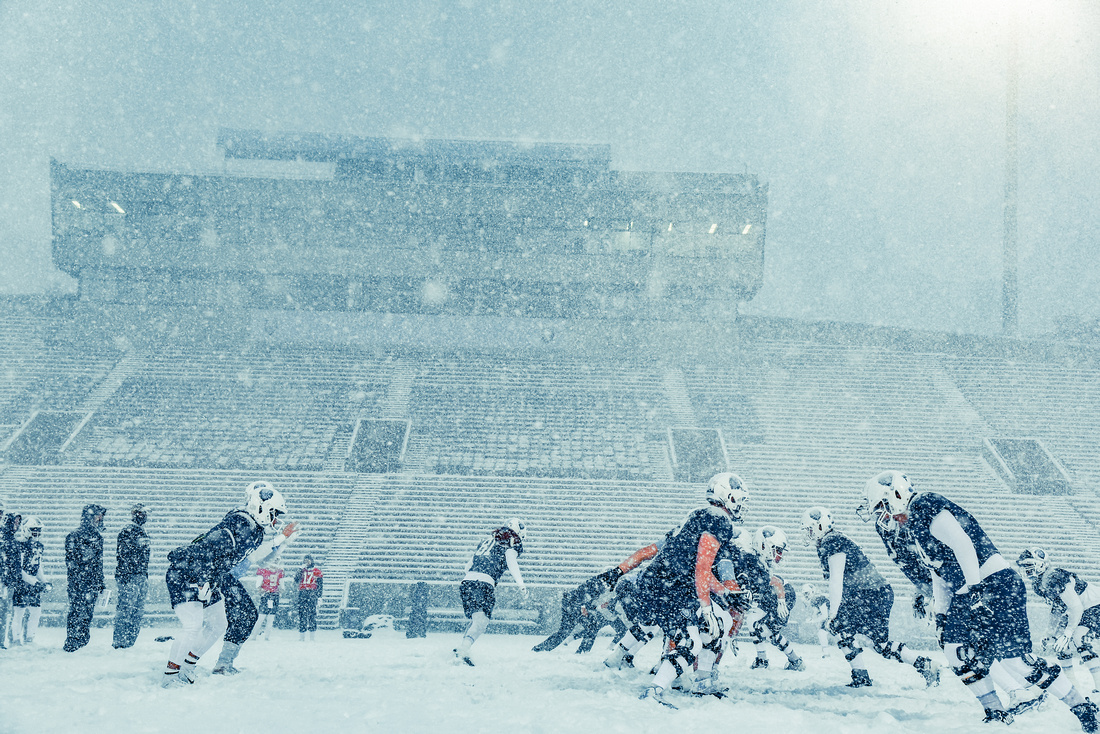 No other group of photos got more compliments on than ones I got during the “snow practice” that Columbia football had. Back in November there was a huge storm that came through NY and blanketed the area with snow. The city was not prepared for it to be as big as it ended up being. The snow came fast and stuck faster.

This was on a day that was supposed to be the Lions last practice of the season. For me, and even the guys, this ended up being a blast. They posed for the camera even more than usual, I got every possible type of photo I could get and we all just had so much fun, like kids on a snow day.

This was a hard choice because there are four photos I got during this practice that I am truly very proud of. But at the end of the day, I feel this is the best of the best. To see the guys still out there, “playing” as the field is completely covered? That’s dedication. They ended up making this more of a walkthrough practice and ended it early. Even so, this photo shows that nothing will stop athletes from getting their job done.

I especially love that the lights are on since it was so dark because of the clouds. So the lights just had a really cool effect to an already cool moment. The snow is still falling and overall, it’s a moment out of a movie. I could not have asked for a better snow day as a photographer. I do not want to shoot in weather like this every day, but once in a while, it is a lot of fun and gets the creative juices flowing. I know i'm not alone in that thought, as any photographer.

This photo is the best of the moment that truly shows the entire snow environment. We see the snow on the ground, how cold it is because of how the players and coaches are dressed and then the heavy snow still falling down. If I didn’t get low as as I did, practically laying down in the snow, then I wouldn’t have gotten the stands in the background which always adds a good depth to the photo and in my opinion, it completes the picture perfectly.