To say 2018 was my best year of photography would be an understatement. The amount of amazing opportunities I was fortunate enough to be apart of and the photos I got to capture can not be put into words. For the next 10 days, I'll be putting out a blog covering my top 18 photos from 2018. Each post, except this first one and the last one, will have two photos with an explanation about the photos and why I love them enough to chose them as my favorites.

This was not an easy task. I take thousands of photos per ONE game. So to have to chose just 18 from the hundreds of thousands of photos was excruciating to say the least. It helped that some of these photos were taken during really exciting games and at times, those moments can overtake the actual action of the photo. So let's begin!! 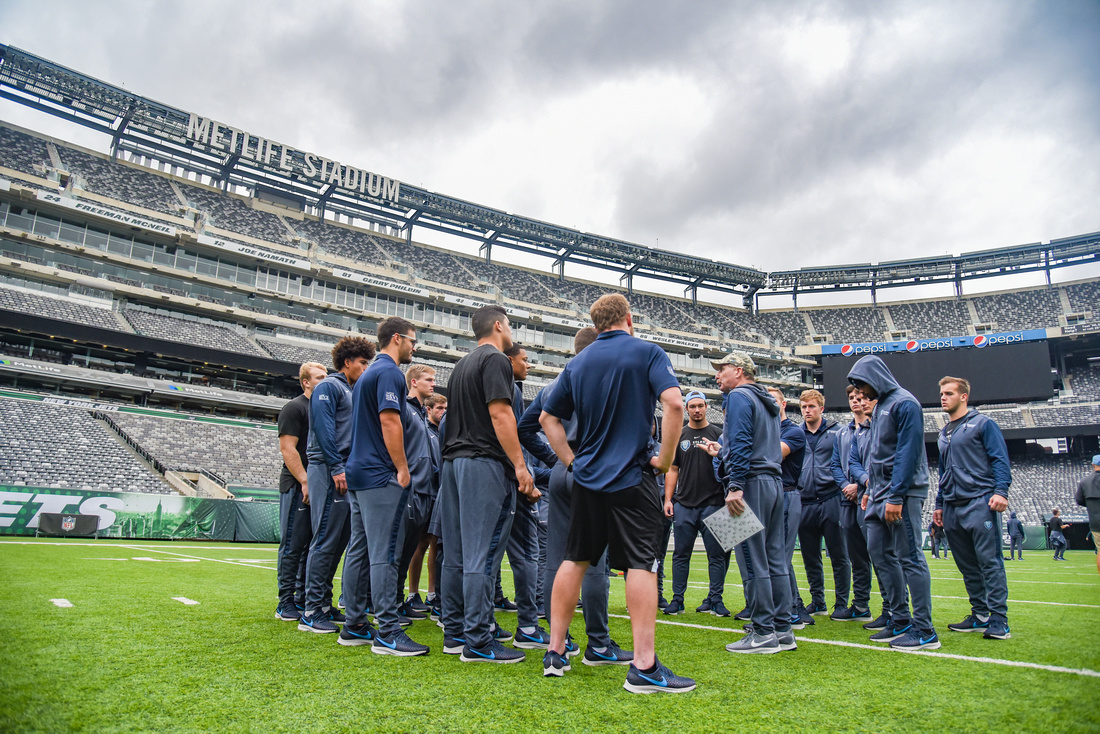 To start out with #18, I went with something that at first glance looks like a very average photo. This is the defense of Columbia football in a huddle during a walkthrough. Even when you read that sentence, you could question how it would make for a top 18 photo. However, when you look at the photo as a whole, I think you would agree that where this photo was taken is what makes it something that could not be left off this list.

Before their game against Harvard, Columbia football was lucky enough to have their walkthrough at MetLife Stadium, on the field where the NY Giants and Jets play. No big deal right, I mean everyone gets to do this? Not exactly. This was a once in a life time experience from the moment the bus pulled up to the stadium in East Rutherford, New Jersey.

Right when the players stepped on the field, they took videos and photos on their phones when saw the MetLife sign and that was when I knew my goal was to get the MetLife sign in the background as much as I possibly could. Walkthrough photos are not the most exciting photos, as the players are literally walking through their plays and coaches are discussing what to expect from their opponent. As the photographer, being in an NFL stadium gave me an extra factor that could make all photos that much better no matter what the players or coaches were doing. I got great photos of players taking photos of the MetLife sign and them going through plays, however, this photo stood out time and time again when I would look through all the photos.

Defensive coordinator, Coach Ferraro, is talking to his group of men about what is expected from them against Harvard. Usually with photos of huddles, the coaches are blocked by the players, but with this one, you can see coach's face is turned in the perfect way to see that he is deep into his talk, which has the attention of every single player. The MetLife sign combined with the stands and the perfect depth created from the angle the photo was taken, really shows the immensity of the stadium.

To make sure I got this the exact way I wanted, with the sign just above the huddle, I practically laid on the ground. If I had not done that, this would have turned into another group huddle photo of a team on a football field. Instead, this perspective really shows how immense of a moment this was. This is a simple shot in a memorable stadium during a once in a lifetime moment.