In August of this year I had the pleasure of beginning an internship with the Columbia Football team which will continue throughout the whole school year. First off, I want to start off by saying that this internship has been one of the best experiences of my life. It gave me a lot of happiness when I truly needed it and changed my life for the better. A different experience than my time at Notre Dame. Both gave me happiness, just in different ways. I became a happier person every single day I got to see my Columbia boys at practice. Instead of being part of the whole athletic department, I get to be apart of the football team and it feels nice to be apart of a team.

All season I took photos at every practice, every game and helped run the social media accounts as well as designed many different graphics. Being a photographer meant that if anything crucial or exciting was happening, I got to be there to capture it so that it could be shared on social media. This particular time was when a certain alumni was visiting and talking to the team prior to our walkthrough for the homecoming game against Dartmouth.

Marcellus Wiley, former host of SportsNation on ESPN, who is now apart of a show on FS1 called Speak For Yourself, graduated from Columbia College in 1997 and was the 22nd pick to the Buffalo Bills. He played 10 seasons in the NFL with the first four being in Buffalo before playing three in San Diego and then one season with the Cowboys before ending his career with Jacksonville for a couple years. Wiley recently wrote a book called “Never Shut Up: The Life, Opinions, and Unexpected Adventures of an NFL Outlier” and since he was in the New York area to promote the book, he took the opportunity to visit his alma mater and talk to the team.

He spoke so well and grabbed the attention of the room quickly and never lost it as he discussed what it means to be a Columbia student-athlete and how it’ll impact these young men’s lives. I was in awe the entire time. He discussed how being a Columbia graduate will change their lives and hold them to a higher standard which they deserve. Then he added that being a football player will add even more and it will teach them things they will keep with them for the rest of their lives, no matter what career they will pursue. I was in awe the whole time. I loved watching him on SportsNation and now he was standing just feet in front of me.

Afterwards he walked down to campus with the team to see the players and coaches go through the walkthrough. I made sure to stick around him so I could capture any type of moment that happened which was great because I got to introduce myself and he told me it was surreal for him to be back as he had graduated almost 20 years ago. We talked a bit and he told me how cool it was to see these young guys in action and how it brought back all these memories from his time there. He was so easy to talk to and it was a moment i'll remember forever. 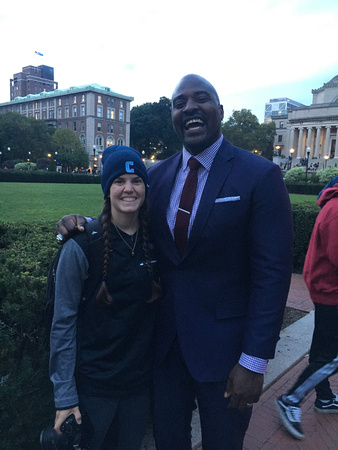 Now for me, that wasn’t even the best moment that happened while he was in town. That moment happened the following day right before kickoff. He walked out onto the field to meet up with the captains to do the coin toss and he saw me, remembered who I was, came up to me and gave me a hug! The person I was standing with was in shock and we both couldn’t believe what had just happened! I was the one he hugged and he talked to me for a second and then he went to go do what he had to do. Those type of moments just show the type of person he is, how down to earth he is and why he is If I was not already a fan of his, he made me a bigger fan on that day.

Marcellus Wiley you are truly the standard for what these Columbia football players should strive to be. Thank you for being you and giving me one of the best moments of my life and year.

Here are some of the best photos from his visit: 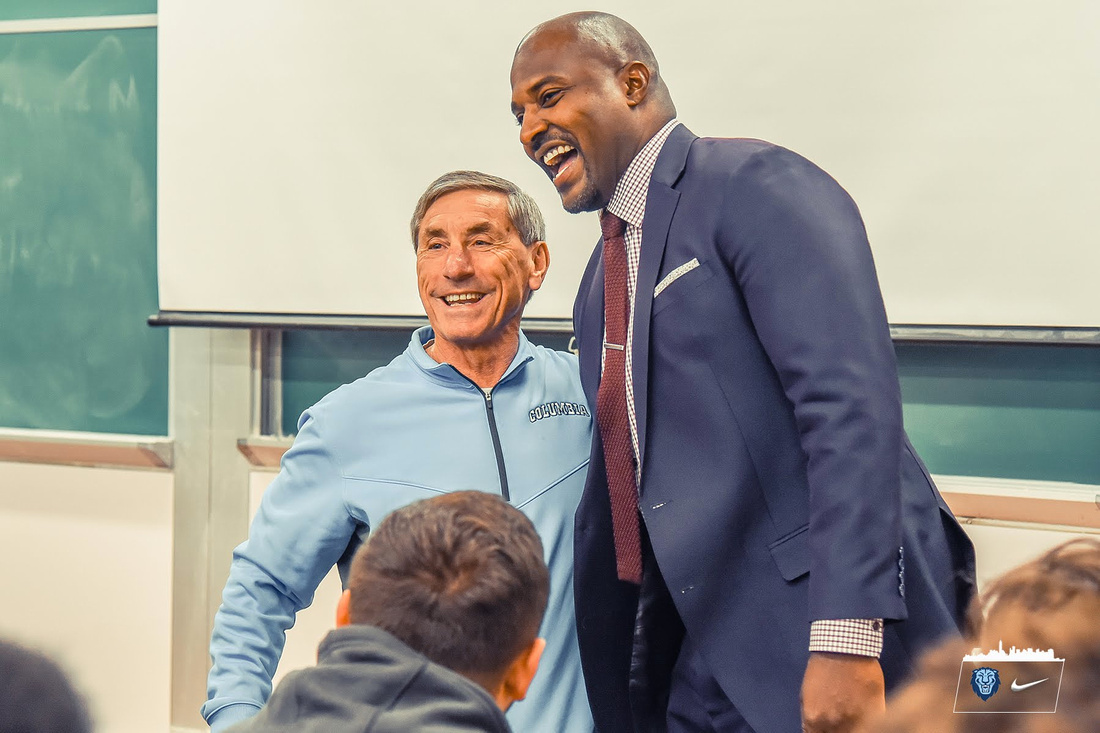 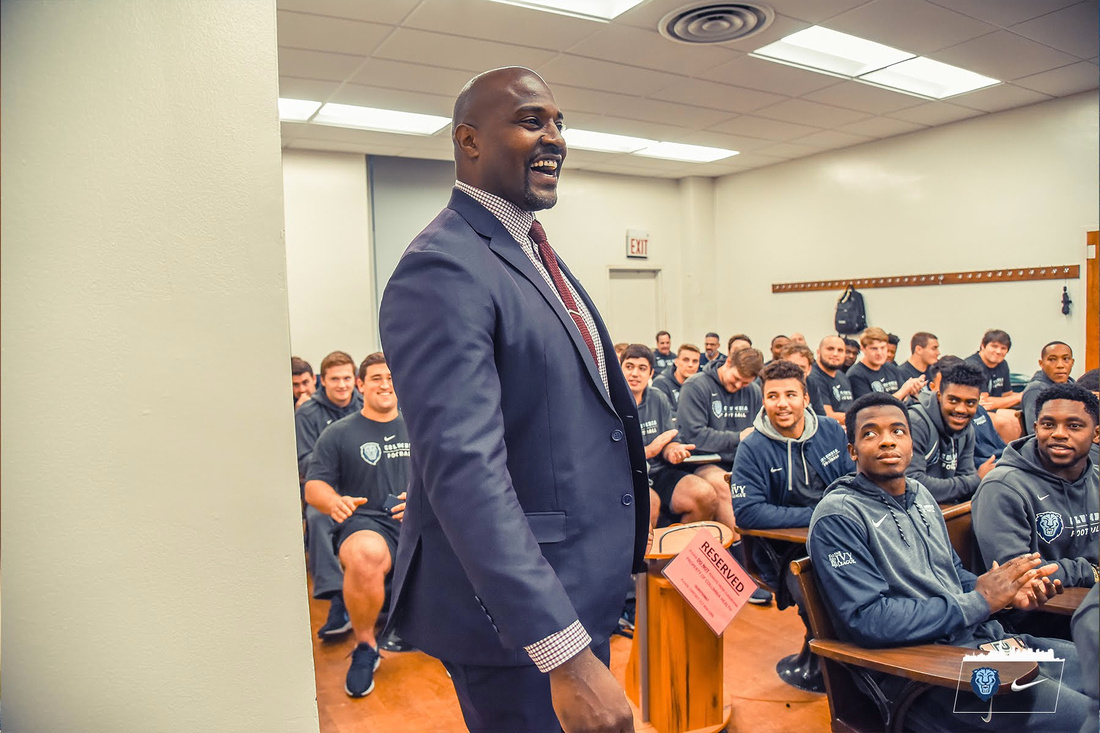 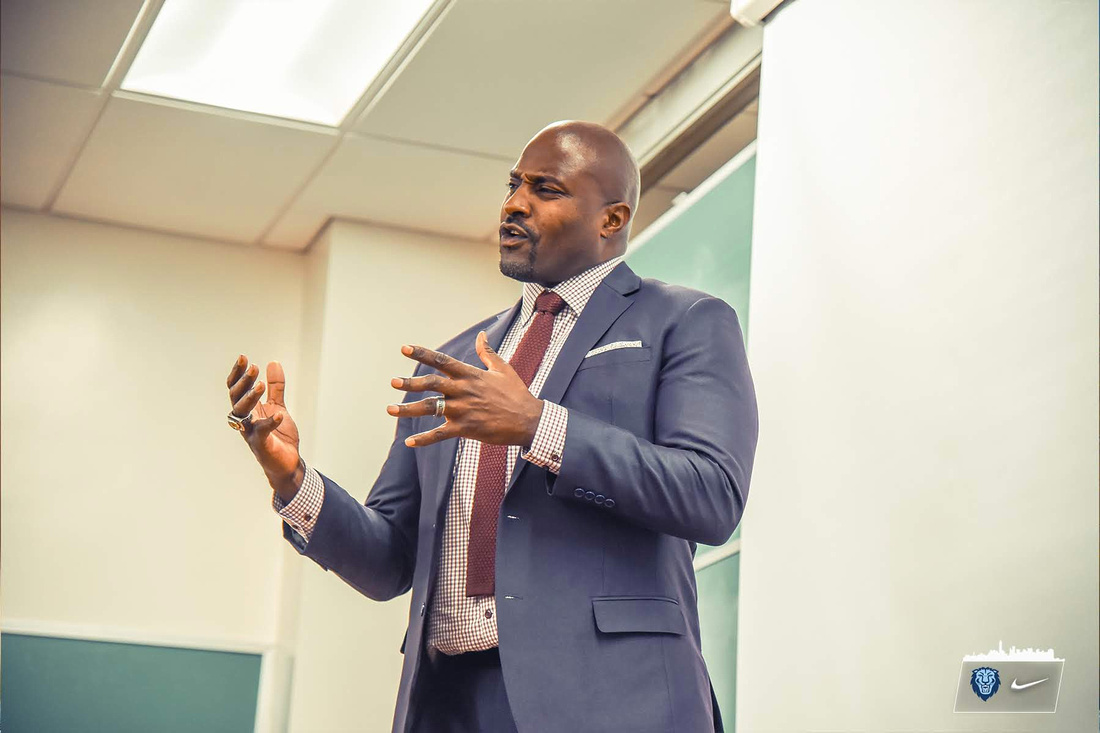 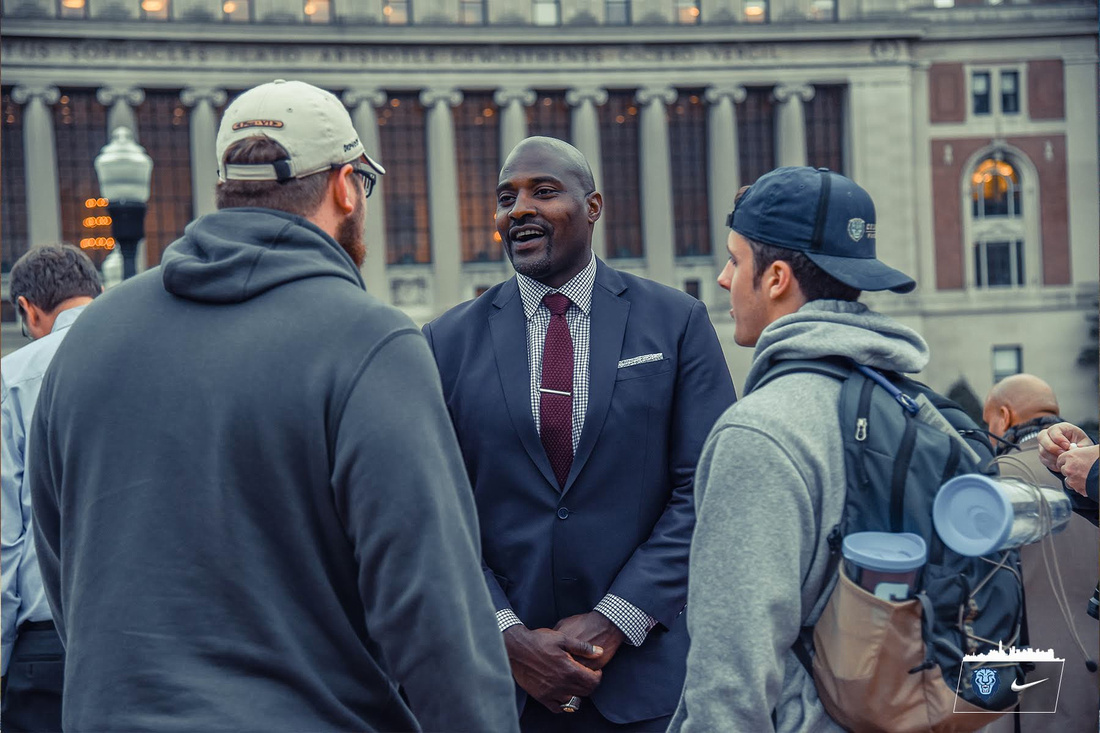