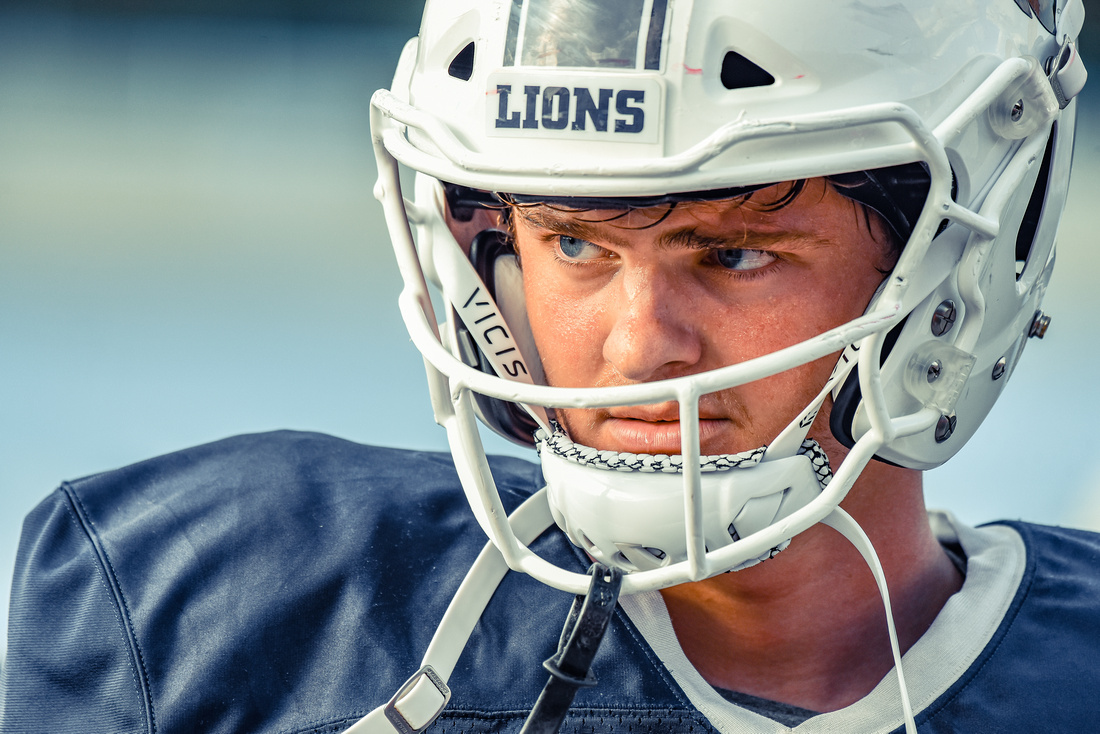 Well, here is is! The best Columbia football photo I got all year and surprising or not, it is not a celebration or an action photo. It is, however, a player listening to his coach during practice. It’s a portrait.

I feel like I could say so much about this photo but at the same time not say enough and can’t really put into words why this simple sort of photo made number four on the list. So let me try.

First off, action photos can be very repetitive and “easy” to get. The same type of actions happen every practice and game and since I am at every practice, I get a lot of amazing action photos. As much as I love those action photos, they do not mean as much as photos such as this do. That’s because the athlete did not create this shot with his actions, I created it by looking for it.

I stood in the same spot the whole time Casey Mariucci was talking to his coach and took tons of photos until I finally got this one. Patience and understanding of where to be got me this photo. I’m so proud of it because as I grow as a photographer I have grown to appreciate photos such as this.

I used to think action photos were the best photos to get and I never really cared for portraits. That has changed tremendously. Now I look for portraits and close ups any chance I can get. They are harder to get, therefore are so much more rewarding when you get a really good one.

This one stood out above all the rest I took of Casey and let me explain why. In some of the other ones his head was turned and the side angle didn’t work for him. This straight on angle is perfect because his blue eyes pop and we see the focus in his entire face.

Now, it isn’t directly straight on, which actually that works in our favor and why I love it. The way he is turned slightly is the same way and direction his hair is for some reason I just love the flow of that. Then, add on the intensity in his eyes with the sweat from going hard in practice and there was no way this couldn’t be in the top 5.

Casey agreed. When I told him this was still the one that stood out to me out of the thousands I took this football season, he agreed and said he loved how the sweat stood out as well as his eyes. So Casey, I hope the #4 spot is okay for you!